Out Now! The Nightcrawlers – The Biophonic Boombox Recordings

The Expansive New Archival Collection by The Nightcrawlers

Philadelphia ambient electronic trio The Nightcrawlers created a sound which both evoked the heights of German synth pioneers of the previous decade, such as Tangerine Dream and Klaus Schulze, while reflecting their classical influences, particularly in the minimalism and pattern-based music of Steve Reich and Philip Glass. The group’s members – brothers Peter and Tom Gulch and friend Dave Lunt – amassed a garage’s worth of state-of-the-art equipment, yet recorded most of their music straight into the mic of a JVC Biphonic Boombox.

What we’re left with then, is the rarest type of outsider music – stubbornly anti-careerist, but also skilled technically, played emotionally, meditatively, and sane (if off-center). While their contemporaries edged toward electronic music’s future as dance music, The Nightcrawlers held onto their belief in the cosmic, the classical, and the ambient, and left a large, mostly unheard body of work that both holds up next to their better known, European counterparts, and serves as a looking glass into a fertile, now forgotten scene, one that should have resonated further than it did at the time. 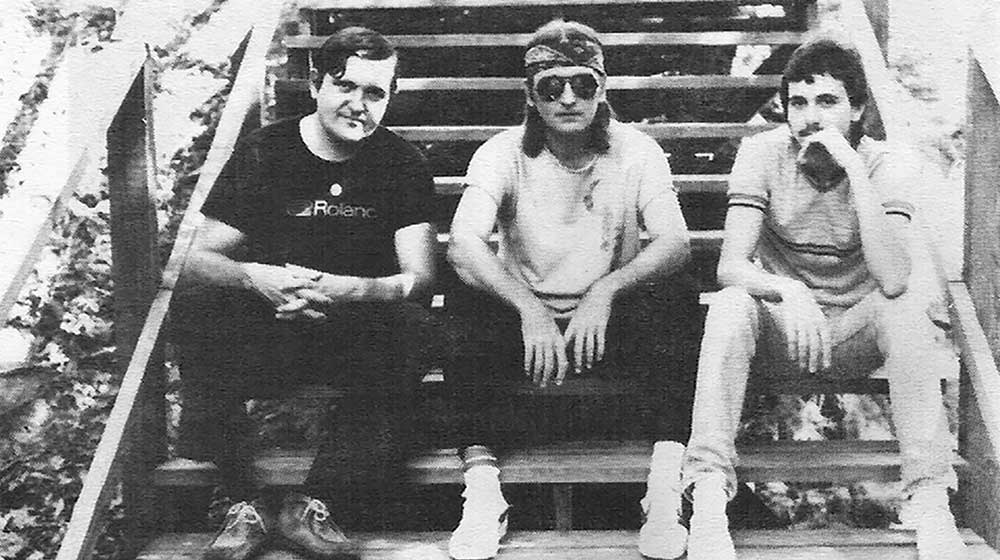