Anthology Recordings is proud to reissue three of Pharoah Sanders’ most significant albums: Tauhid, Jewels of Thought and Summun Bukmun Umyun (Deaf Dumb Blind). Out today, all three records are available exclusively in vinyl format and as a limited edition deluxe box set.

Of Pharoah’s 11 albums on Impulse! as a leader, the ones in front of you are Tauhid (#1 from 1967), Jewels Of Thought (#3 from 1969) and Summun Bukmun Umyun – Deaf Dumb Blind (#4 from 1970). It was John Coltrane’s influence on Music and the Recording Industry that opened the door for Pharoah Sanders, and through that door Pharoah would fly, soar and inspire! 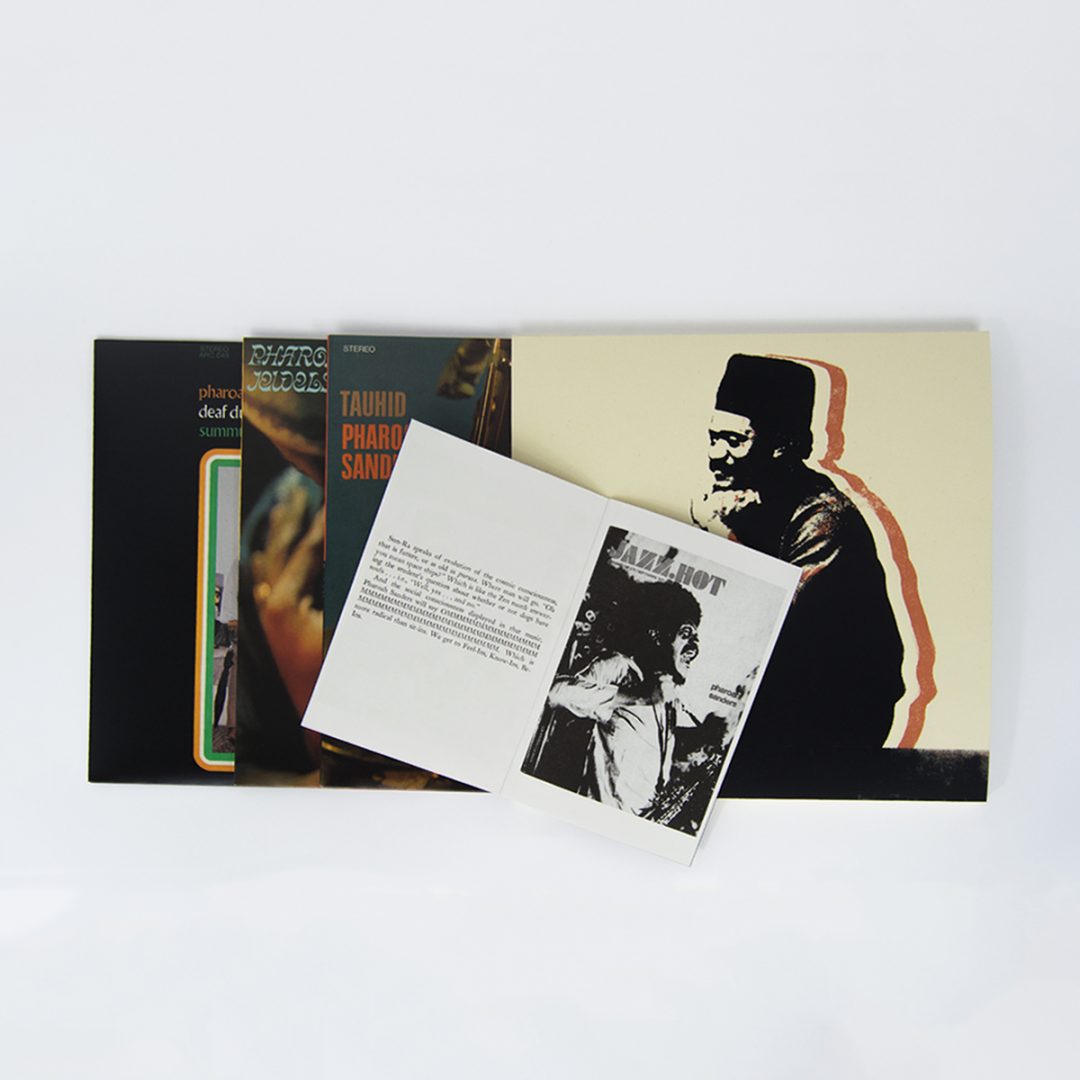 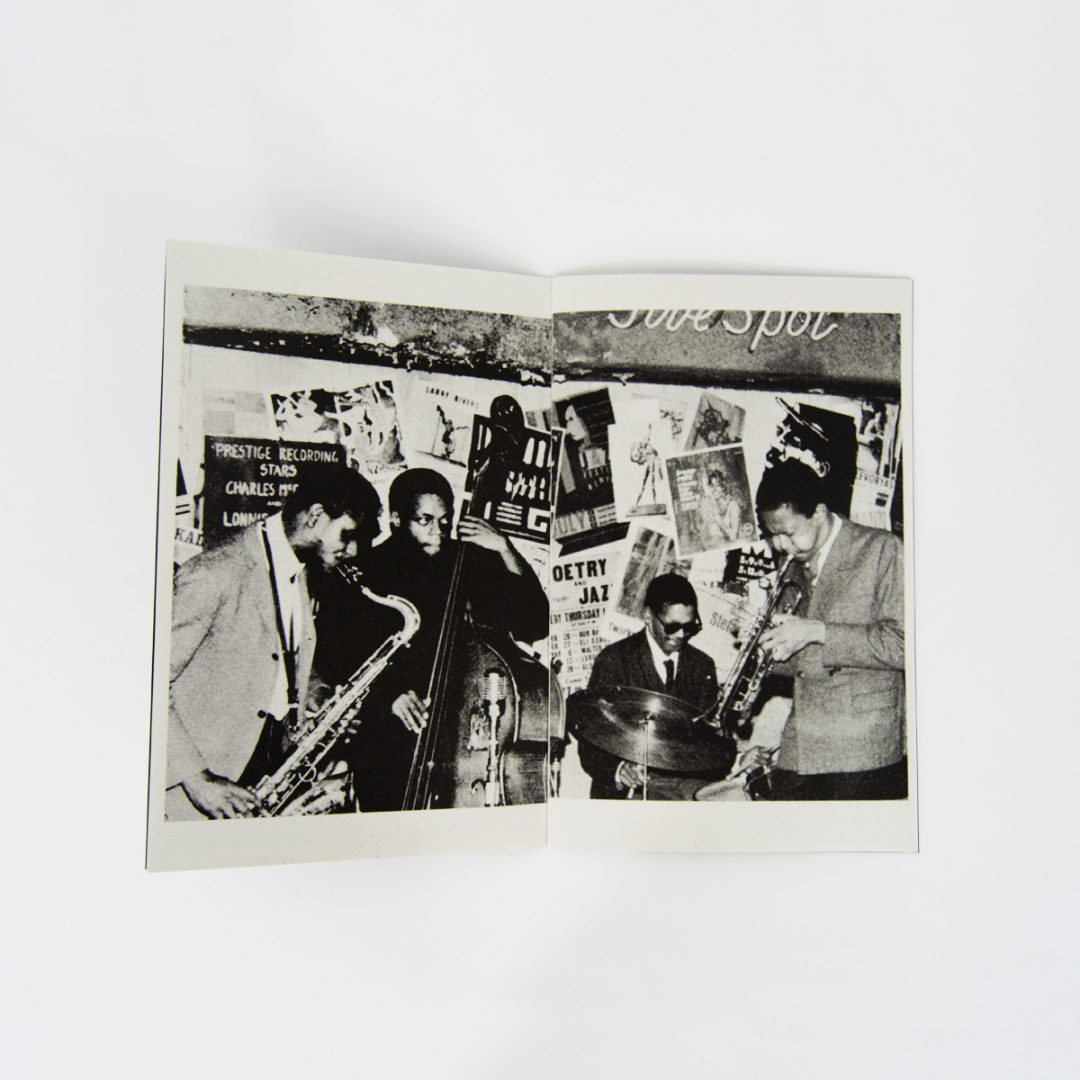 Pharoah, (born Farrell Sanders of Little Rock, Arkansas on October 13, 1940,) was not only in John Coltrane’s Band from 1965 – 1967, and featured as a Tenor Saxophonist on his Impulse! albums Ascension, Live At The Village Vanguard Again!, Kulu Sé Mama, Meditations, and Om, but had his own distinct concept and direction that you can hear on those recordings. Where John Coltrane is the Father of this Music, Pharoah is John’s Brother, his bright, younger contemporary who was ready to express prolifically. His was a sound of entrancement, deep emotion, lyrical chanting, layered mosaic rhythmic grooves, poly-melodic heart cries, ensemble percussion, Love, surrender, upliftment, communication with his ancestors, contemporaries and those yet to arrive, and hope for awakening and peace within Humanity. 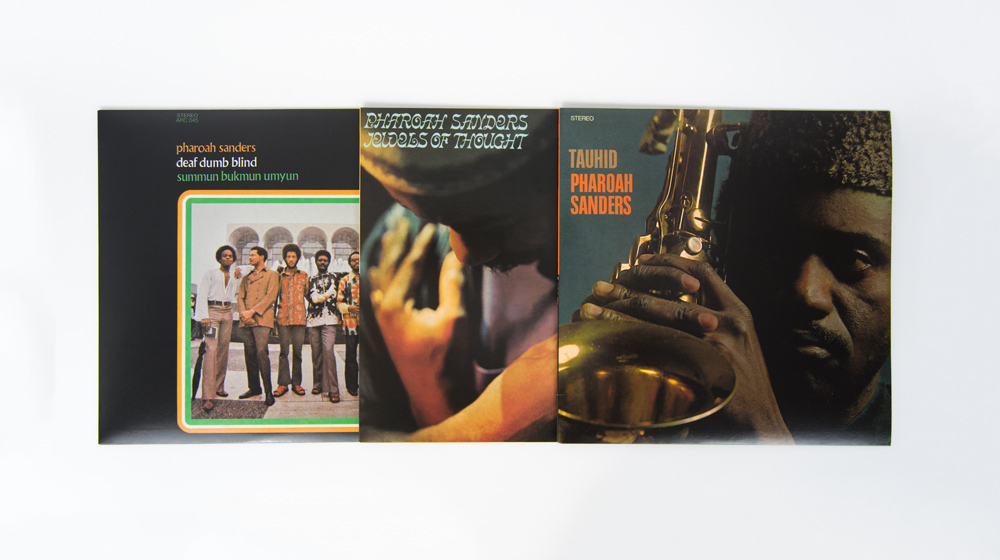 Three invaluable reissues showcase a young bandleader and his top-tier players as they create a powerfully cohesive group sound: elegant, adventurous, warm, and ferocious all at once. – Pitchfork’s Best New Reissue