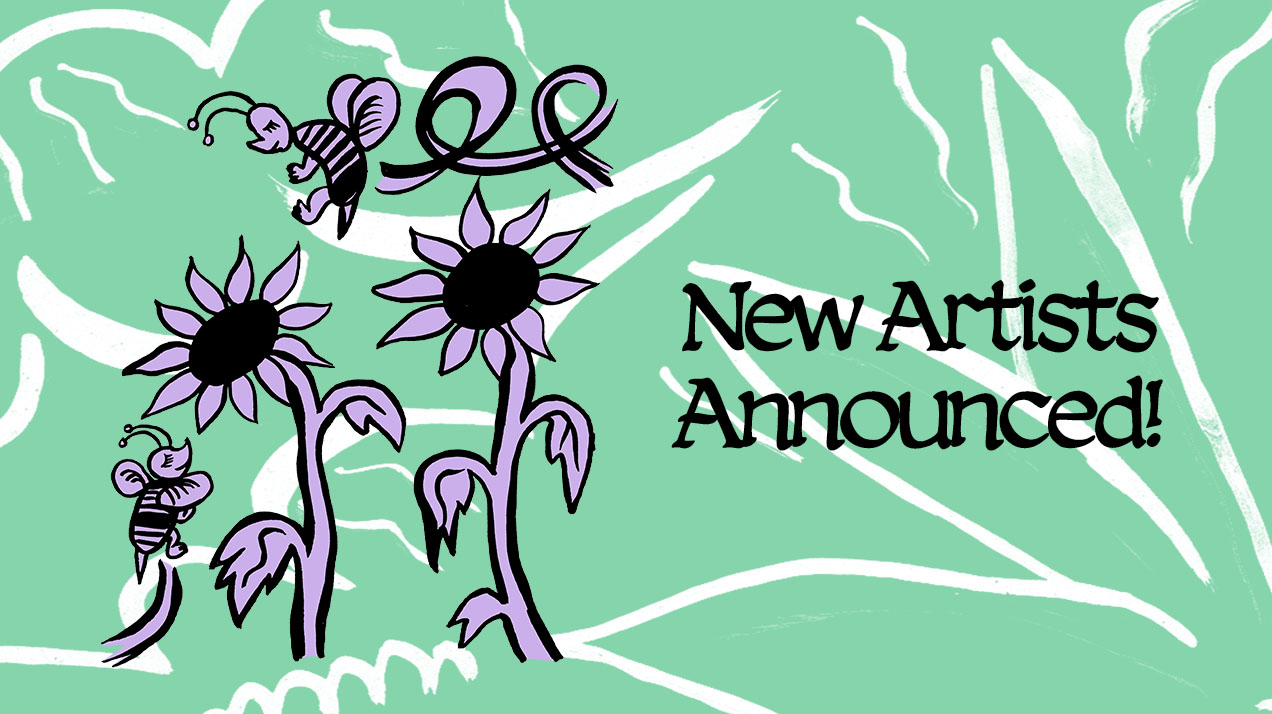 Only ten weeks left until the sixth installation of our West Texas rendezvous kicks off – to celebrate we’d like to welcome four new additions to our 2019 program. Give a warm Marfa welcome to: Makaya McCraven, Jerry Paper, Josey Rebelle, and Jess Sah Bi and Peter One.

The French-born drummer and producer is noted for his enigmatic process of layering and interweaving live music instrumentals and sound effects that blur the boundaries of both jazz and electronic. With his most recent release, the double LP Universal Beings, McCraven continues to garner widespread acclaim with his boundary-pushing improvisation.

Jerry Paper is the alias (and exaggerated version) of Los Angeles-based multi-instrumentalist, songwriter and producer Lucas Nathan. Paper’s surreal music often deals with the existential and the ego, mixing aspects of muzak, lounge, and bossa nova to create hypnotizing sounds that demand a live audience.

Jess Sah Bi and Peter One

With their 1985 release, Our Garden Needs Its Flowers, songwriters Jess Sah Bi and Peter One became one of the most popular musical acts in West Africa. Blending traditional Ivorian village songs with American and English country and folk-rock music, this multilingual album addressed social and political injustices and incited a cultural revolution. The album was re-released for the first time in 2018 by Awesome Tapes from Africa.

Josey Rebelle, a London-based DJ dubbed by Crack magazine as one of the 50 Most Exciting DJs in the World, has received worldwide recognition for her heavyweight selection, combined with her ability to impeccably blend house, techno, and disco sounds old and new. In addition to her illustrious DJ career, she has hosted a show on Rinse FM since 2011, where she shares the full spectrum of her music knowledge.