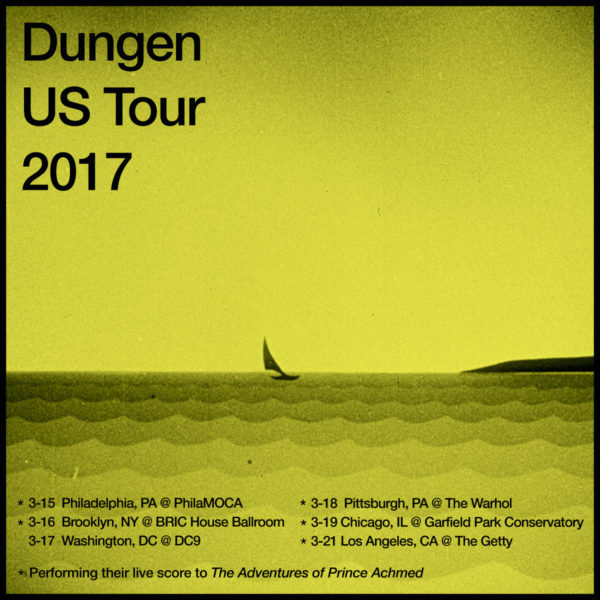 Dungen’s Häxan narrative expands with a limited double vinyl edition of the 2016 album. Fashioned with all new artwork interpreted from sanctioned stills of Lotte Reiniger’s 1926 animated masterpiece The Adventures of Achmed and a bonus 12” EP of live material from Häxan, the collector’s edition accompanies a string of live film score performances by Dungen taking place at prestigious US venues this March.

In addition to a silk-screened jacket and second vinyl piece, the new edition features a booklet with extensive writing about Reiniger’s film and Dungen’s Häxan score by Gabriele Caroti (director emeritus of BAMcinématek), Anders Annikas (programmer at the Cinematheque at the Swedish Film Institute), and band members Reine Fiske and Mattias Gustavvson. This deluxe presentation will only be available at merch tables during Dungen’s spring 2017 shows and direct from our online store.

Häxan is also now available digitally on all of the retailers and streaming services listed below.

The band will live score The Adventures of Prince Achmed with the music of Häxan in select US cities this March.