After a stand of three Auckland concerts that sold out in minutes in January, Connan Mockasin is hitting the road across Aotearoa for the first time in eight years this summer for a select run of headline shows.

Tickets go on sale at 9am NZDT on Wednesday from Under The Radar HERE (except Hawke’s Bay). Hawke’s Bay tickets from Ticketek & the MTG Box Office. 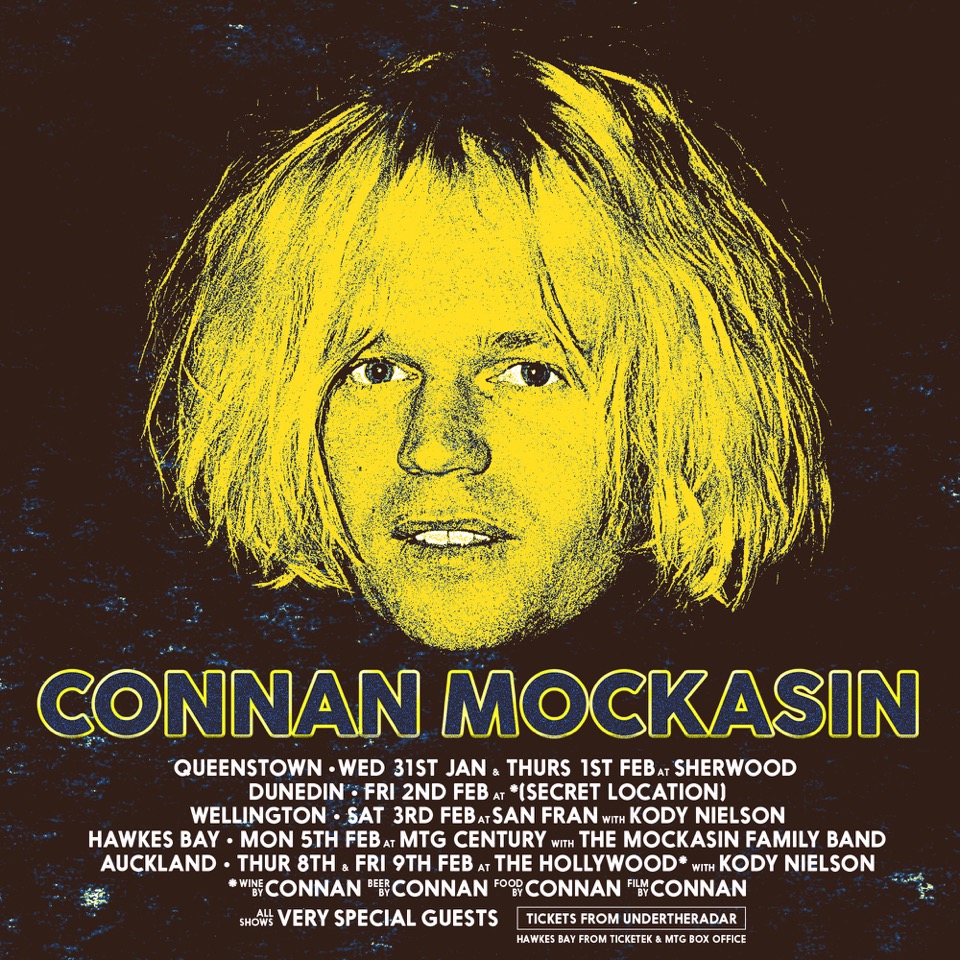 Splitting his time between Los Angeles, Paris, and New York, this is a rare opportunity to see hometown hero Connan Mockasin under the Antipodean moon and get a sneak peek of what he’s been working on. Mockasin is delighted to invite the enigmatic Kody Nielson (Mint Chicks/Opossom/UMO/Silicon) to join him in Wellington and Auckland, and Los Angeles’ underground session legend John Caroll Kirby in the South Island & The Mockasin Family Band in the Hawke’s Bay.