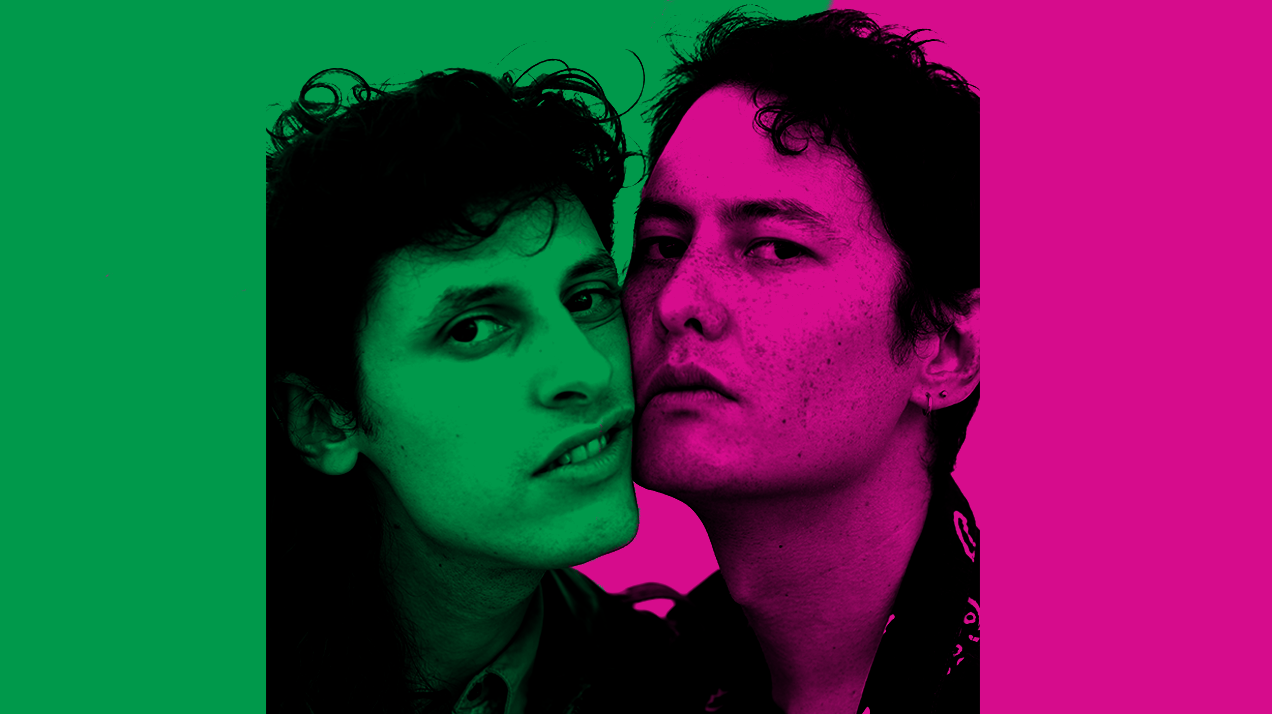 Their debut for Mexican Summer, CMON‘s Confusing Mix of Nations is an album of pop ambition that understands “pop” to be a state of mind, not a state of sales. Each of the ten tracks reads like a postcard from a different aesthetic era, from the heavy atmospherics and melancholic soul reminiscent of Regal Degal, the duo’s prior project, to the four-on-the-floor EBM rhythm grids and sublime AOR guitar lines picked from pop’s outer limits.

“Zoo,” the first single off the forthcoming release, is a dark-tinted portrait of love, painted from a distance. Josh da Costa and Jamen Whitelock move like a fast car through a black Pacific Northwest night, a bit of Twin Peaks fog obscuring da Costa’s view of the person he’s singing for.

“Zoo was written and recorded on a rainy night in LA. The zoo in question is right across the street from where my grandmother lives in the Caribbean. It’s a strange shady place with a sad energy on an otherwise idyllic island. Both bleak and mystical. The combination of sunshine and weird vibes is a source of great inspiration – I get plenty of both in LA, which is why I live here.” – Josh da Acosta

Confusing Mix of Nations is out April 3rd on LP and digital formats.