The Nightcrawlers – The Biophonic Boombox Recordings

Deep, diverse, and unheralded, the Philadelphia ambient electronic music scene of the 1980s is explored with The Nightcrawlers’ The Biophonic Boombox Recordings, an expansive archival collection documenting the hard-knuckled kosmische synthesizer trio’s home recordings, self-released and distributed over 35 cassettes between 1980 and 1991.

Featuring the farthest reaching spacescapes of those cassette releases – improvised straight into the mic of a JVC Biphonic Boombox – none of these performances have been released beyond the original format, and essentially went out of print when Nightcrawler Peter D. Gulch got tired of dubbing them to blank tapes to mail-order through his Synkronos label and sell at live shows. Restored and recalibrated from the original cassettes, The Nightcrawlers’ music has never sounded better or so readily accessible. 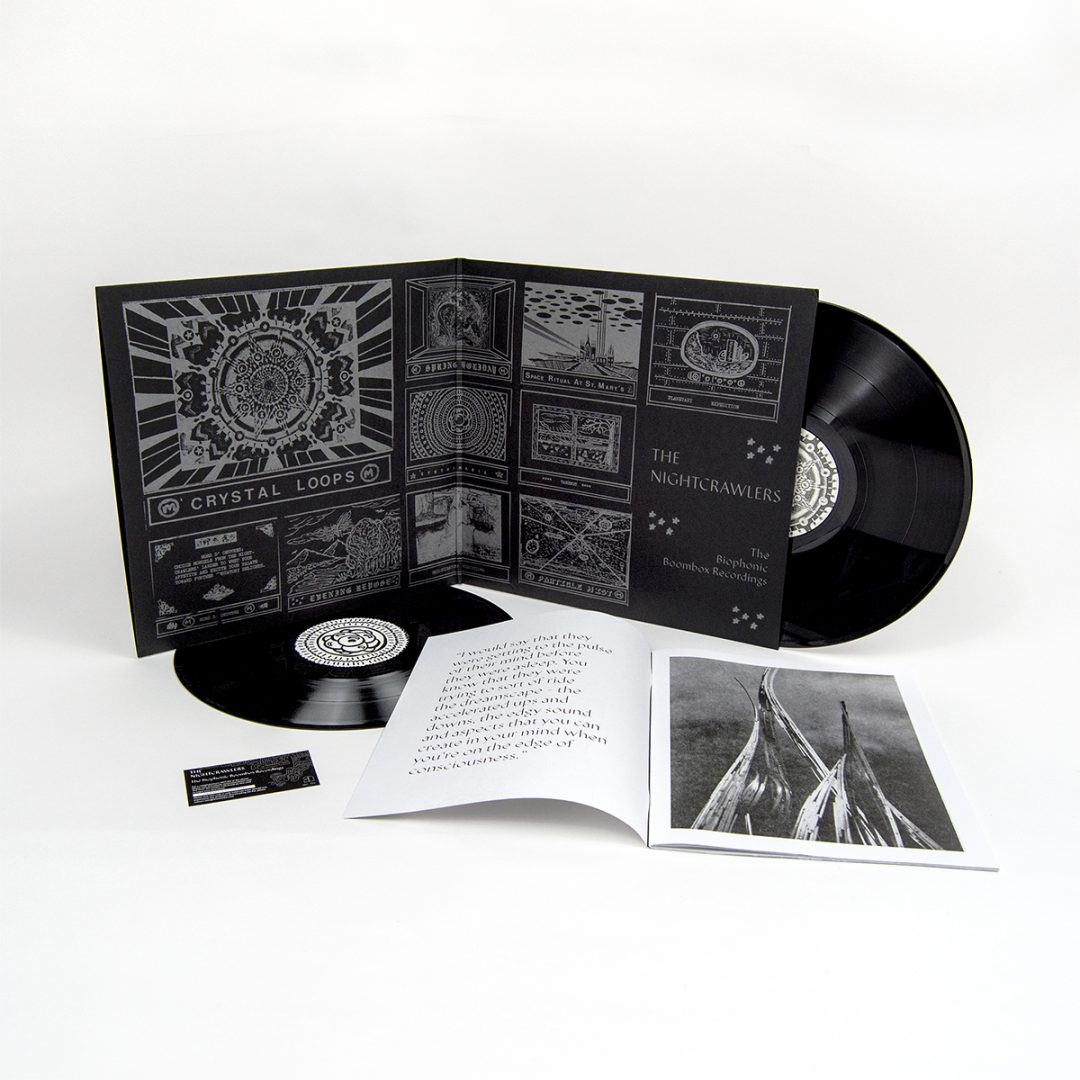 While their contemporaries edged toward electronic music’s future as dance music, The Nightcrawlers held onto their belief in the cosmic, the classical, and the ambient. The trio left a large, mostly unheard body of work that both holds up next to their better known, European counterparts, and provides a looking glass into a fertile, now forgotten scene, one that should have resonated further than it did at the time.

Enter their soundspace with the first single, “Luv-li-musik,” and clips from the rest of the release on SoundCloud.