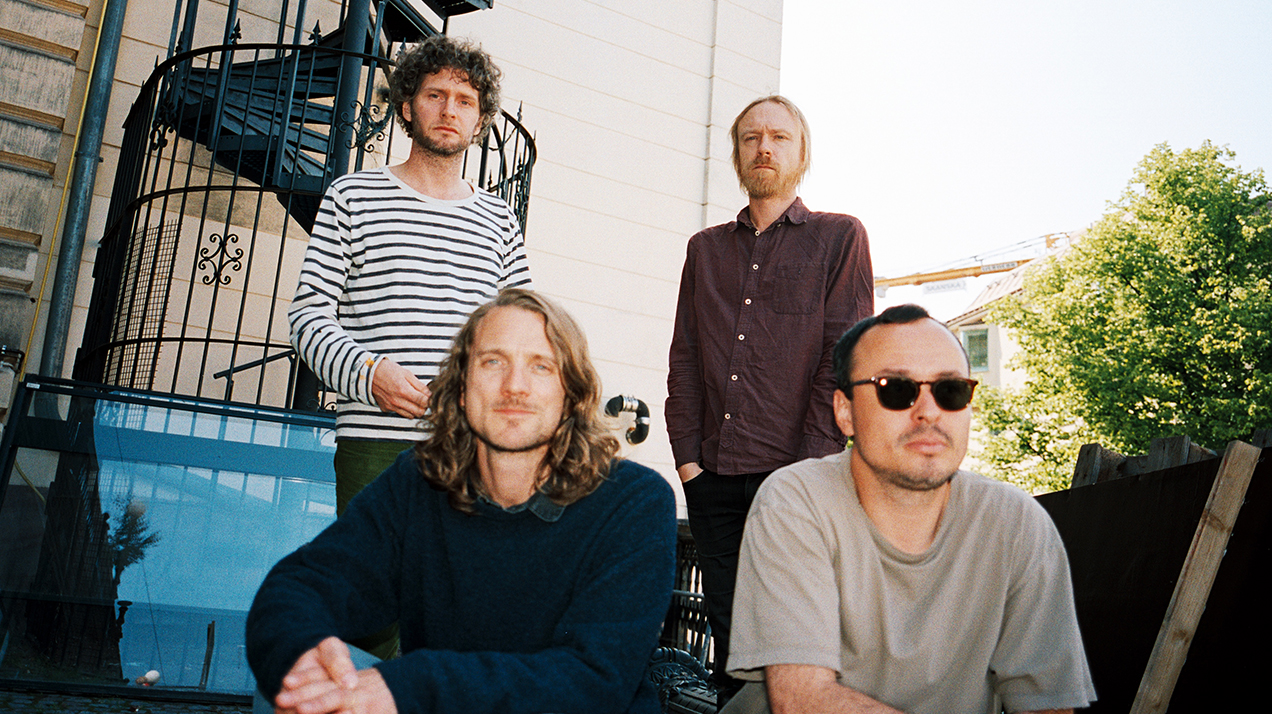 Those who’ve been fortunate enough to catch Dungen in a live setting are aware of the transformative experience in store, how they stitch together a fine and fiery tapestry of song. Dungen’s new album Live is the golden, glimmering thread holding it all together.

Live is Dungen in their own land, saving up stunning solos and fiery interplay for their home team, elements of their farthest-out and most inspired moments assembled into one piece of continuous music by producer Matthias Glava.

The source material for Live was recorded in late November 2015 at Stora Teatern in Gothenburg and Victoriateatern in Malmö. Joined by Swedish sax deity Jonas Kullhammar (who brought his skills to Allas Sak), these were undoubtedly some massive experiences. Live drops us into moments where Dungen’s right at the edge of the cliff, right at the point where they’re getting out of the time machine to bust into John Anthony’s studio right when Affinity is cutting their album for Vertigo, right at the point where you discover the break on a record that snaps into place over some hip hop track you’ve been listening to for years, and you play it over and over.

What makes Live really work is the notion that Dungen have this side in them at all times, the idea that all it takes is time and a response to get them into this form. Going through the band’s entire catalogue, growth as musicians is a constant. They’ve afforded themselves the luxuries of being able to go at their own pace, and one of the best things about doing that is that they’re always aware of where you came from, and they build on that to take themselves and the listener out to the rarefied spaces explored within. It’s an intense ride through everything that makes a Dungen show special, back to back to back. All the peaks, all the moments of improvisation and connectivity through sound. It’s pieces of everything you know about them, reinterpreted out of love and respect for the craft. All things that are unmistakably part of what puts Dungen in the top tiers of latter-day psychedelic soul expression. Please hold onto your ticket because it’s about to get punched.