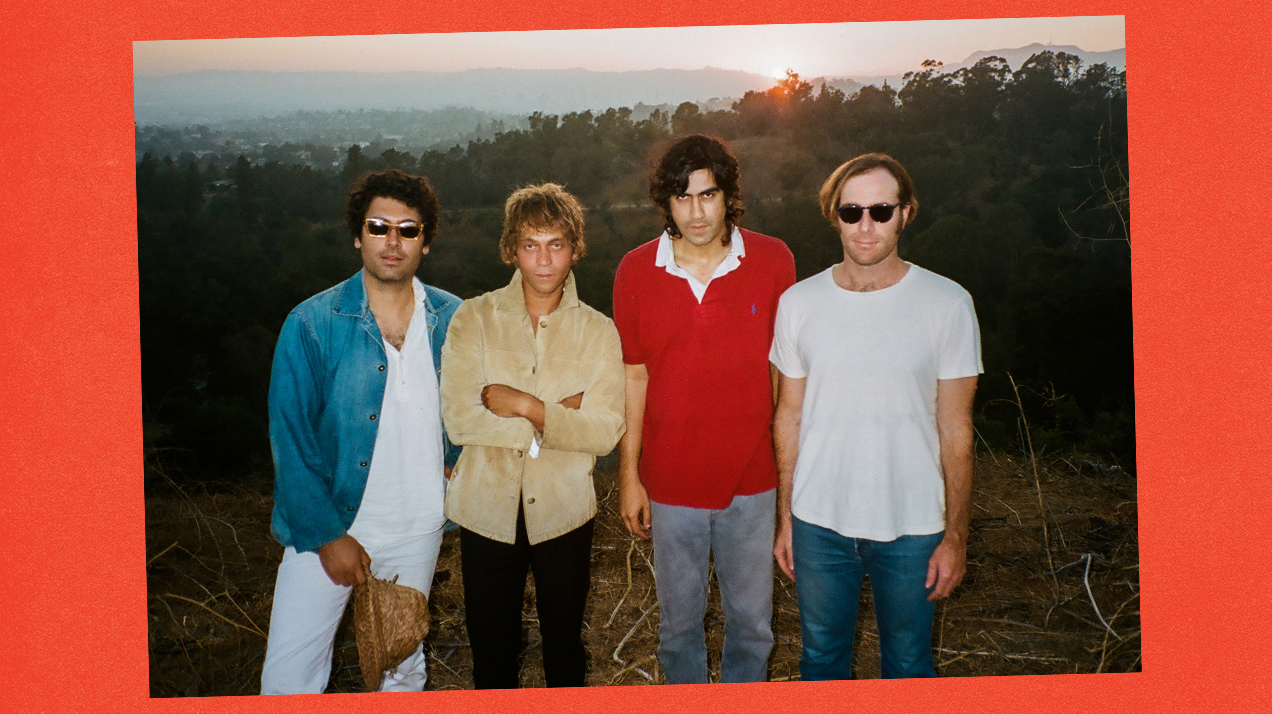 On their fourth LP, drummer Matt Correia, bassist Spencer Dunham, and guitarists Miles Michaud and Pedrum Siadatian turn their collective gaze outward and toward the horizon. Simply titled LAHS (a reference to a common misspelling of the band’s name), the band turns in their most cohesive and ambitious work yet.

“A ship in harbor is safe, but that’s not what ships are built for” the saying goes. But suppose the proverbial harbor is Los Angeles — a place not particularly known for being the origin of adventures. From the Spanish Conquistadors to the countless starry-eyed nobodies hoping to make it big, LA is usually the destination.

So it’s no wonder the Allah Las became fascinated with both the carefree spirit and glitter-in-the-gutter lifestyle of their hometown. After three records mining its lore and lure (from the desert to the sea) they have become global ambassadors of not just a place but a location.

Having taken their compact California on the road across the world, they couldn’t help but peek through the other end of the telescope.

The persistent shuffle of “In The Air” drives the song forward, while Pedrum Siadatian’s echo slapped voice bounces along on top, describing “images that can’t compare to the real thing in the air.”

Directed by Sam Kristofski (Connan Mockasin, PAINT), the new video for “In The Air” is “a tongue in cheek half baked version of Weekend at Bernie’s.”

Stream “In The Air”